K-9 Ruger is a six year old black lab certified police K-9.  Ruger is trained in narcotics detection started with the Department in August of 2015.  He has already completed over 1000 hours of training in the short time he has been with the Department.

From January 2018 thru December 2020, K-9 Ruger, of the Goodlettsville Police Department, received four national awards in recognition of his excellence in outstanding performance in the detection and prevention of crime by the United States Police Canine Association. Ruger is the first K-9 in Goodlettsville's history to ever be nationally recognized with such an award. He set the bar high by earning four! His response to four separate calls for service or traffic stops made within a two-year span were recognized with these awards. Ruger is a narcotics detection canine and is currently partnered with Lt. Matthew Shoesmith.

Ruger's first award was received for a deployment on a vehicle. Ruger indicated on the vehicle and, after it was searched, marijuana, cocaine, a felony amount of heroin, and three firearms, one of which was stolen, were all recovered. Because he indicated on that vehicle a convicted felon in possession of three firearms was removed from the streets of Goodlettsville.

Ruger received his second award for another vehicle deployment. This time, he responded to assist officers on a call for service in which a vehicle was involved. He indicated on that vehicle and 1.1 pounds of crystal methamphetamine was subsequently recovered.

The third award was given to Ruger when he indicated on a vehicle after being deployed. A felony amount of heroin (black tar/China white), methamphetamine, LSD strips, suboxone strips, numerous other Schedule II and Schedule III pills, a set of digital scales, and a methamphetamine pipe were located within this vehicle. K-9 Ruger assisted in removing more than $2500 in illegal narcotics from the streets of Goodlettsville for this stop.

K-9 Ruger's fourth award was earned by removing more than 1.5 ounces of cocaine and marijuana from a vehicle after he was deployed and indicted on it. 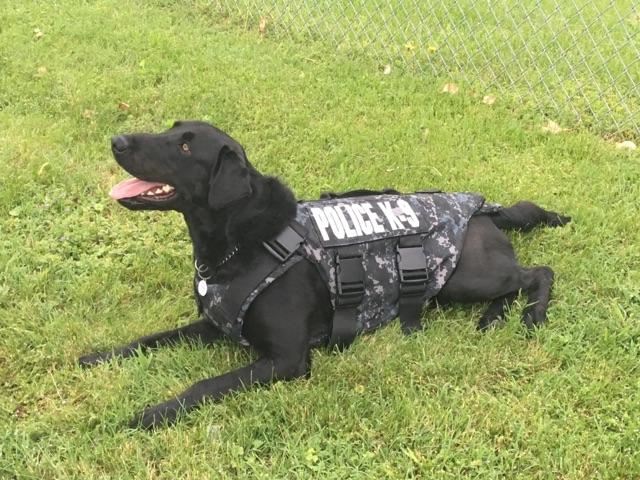